Recently in one of our project we have to show routes between two points on map. Those two points can be on same way or can be on different ways. So there were multiple routes. There are ways to do that with Google direction service. One way is that you set way points while plotting routes on the map. But in our case points were random so that would be possible. So in this blog I am going to mention trick I have used.

For showing multiple paths we have to create separate DirectionsRenderer for each route. So first we get latitude and longitude each points in an array. For example I have 4 lat longs in an array that means there will be three paths. From point 0 to point 1, point 1 to point 2 and point 2 to point 3. So we have to create three separate requests and three separate DirectionsRenderer. You can not simply use for loop here as route API has callback functions when it receives routes. So here I have used recursion function. For example you have all the points in an array called markers.  First we will generate Google Map LatLong.

Now we will create request for each path separately.

So now we have all the requests created we will start with first request.

As you see in above code we have variable named cur which is initialized with zero. We start with first request. directionResults is our callback function. Inside direction function we are creating a DirectionsRenderer and setting map and result to it. After that we increase the count and go to next request. Once all the requests are completed you stop the recursion. Using this you can achieve following result. 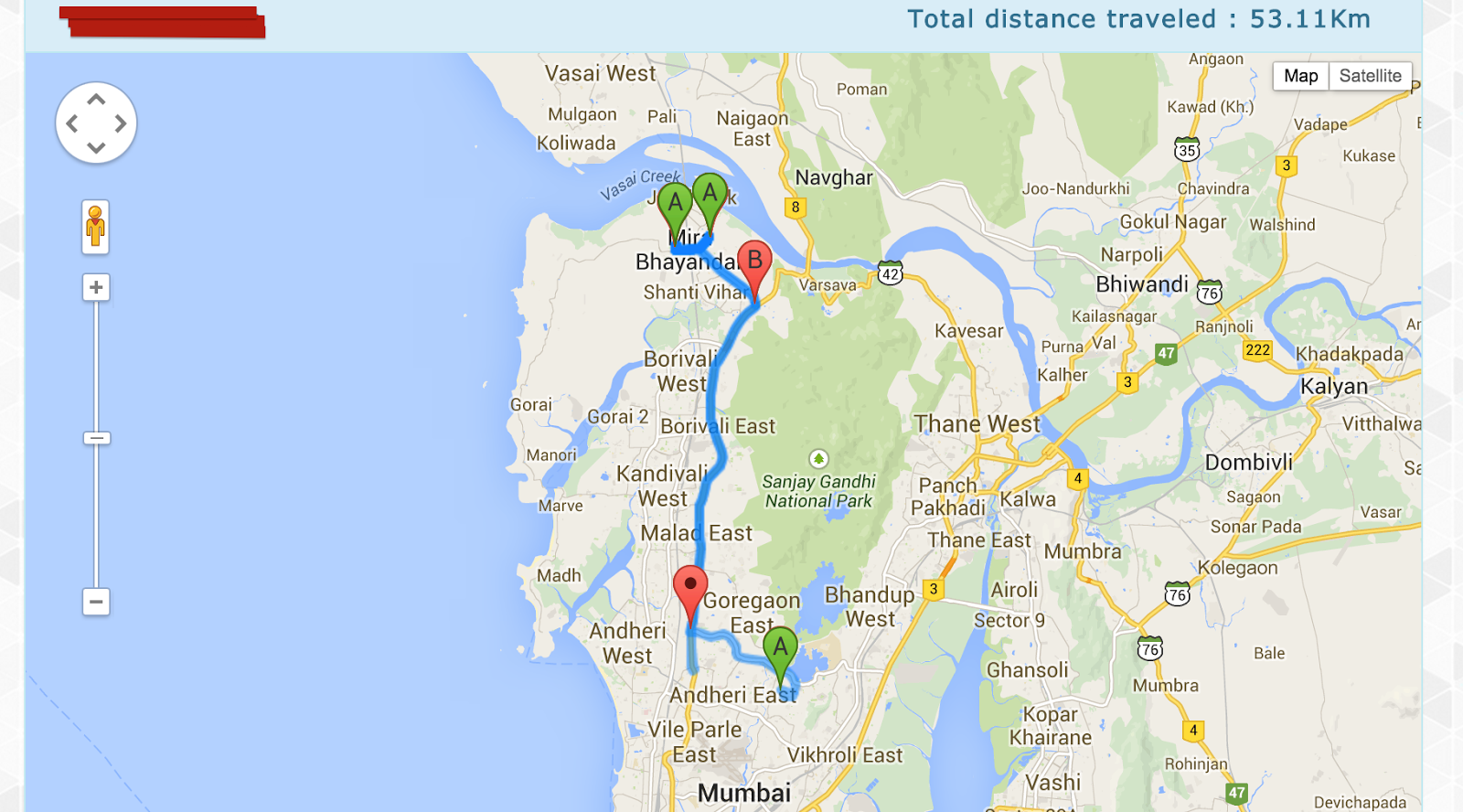