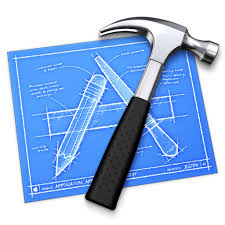 4) Install NodeJs and NPM. React comes package in NPM so we have to install it. Run following command in terminal

After installation check with following command to see if it's installed.

Run the following command in a Terminal

Now run it with following command.

It will run application in iOS simulator. 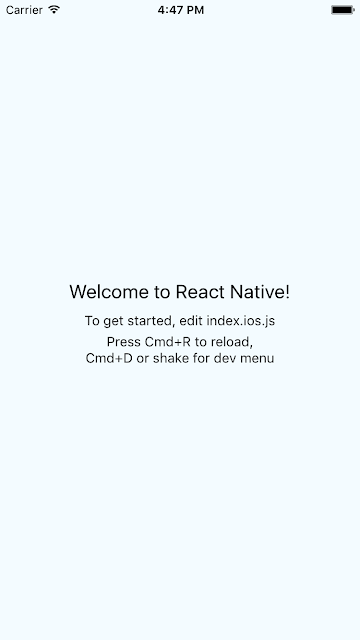 react-native run-ios is just one way to run your app. You can also run it directly from within Xcode.

Posted by Hiren Dave at 4:50 PM No comments:

4) Install NodeJs and NPM. React comes package in NPM so we have to install it. Run following command in terminal

After installation check with following command to see if it's installed.

5) Next we will install React, run following command in terminal.

It should display following message in terminal.

And it will open ReactApp in your default browser.

That's it, Now you can work on ReactApp code and just refresh it in browser to see effect. Hope this helps you.

Posted by Hiren Dave at 4:26 PM No comments: 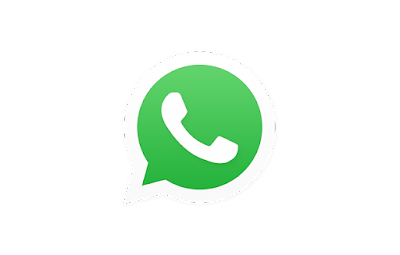 So moral of the story is don't be a Graduate From WhatsApp University. First of all check for the facts and see if information is correct or not and then forward it to someone else and show off it to someone else.
Posted by Hiren Dave at 10:13 AM No comments:

Chatbots should be Smarter

Recently I published a blog on Why business will need a chat bot. You can read it here.

Why Each Business Will Need A Chat bot

In that blog I mentioned that this bots need to be very very smart to interact with humans. The algorithms should be powerful to have conversation with humans because humans will do every possible tricks to trap bots and sometime it fails. Survival of fittest, rule of Darwin is applicable to AI as well. Only strong and intelligent algorithm will survive. If you are creating bot make sure you make it really smart, then only it will survive.

Lets start blog by one incident I recently had with bots. I was working with Amazon AWS and faced some issue in it and solved it my self so as per my practice I immediately published a blog and published on twitter. Following is my tweet.

Technically bot is not wrong as I mentioned word "not working" in my tweet but that was my blog title but it understood as an issue and replied with suggestion so it's not complete fail but as I mentioned bots need to be smart enough to identify what exactly customer needs and reply to it.

Along with Artificial Intelligence a chat bot needs Emotional Intelligence (EI) to understand human emotions. As we move into the future, AI needs humanizing qualities to improve the way it interacts with us, meets our needs for information, and even controls the other technology around us. As AI becomes more ubiquitous, society needs chat bots to become emotionally intelligent if they are to be used to their full capabilities. Humanizing the chat bot is the next step toward a more connected and integrated future. Blending technology with human capabilities such as emotion and empathy can revolutionize the workplace and other facets of life. In my opinion, smarter AI is one of the most exciting prospects of the future.

This is again bit different blog than programming. Recently I worked on a video course for Packt Publishing. You can find more details on it from following link.

This is video course where I have to speak and work on computer and my computer screen and audio will be recorded to create the course.  Packt Publishing team gave me good tips and suggestions for audio recording. In this blog I am going to explain some more tips which I used while recording and that really helped me lot.

Tip 1 : Prepare a script and stick it in front of you 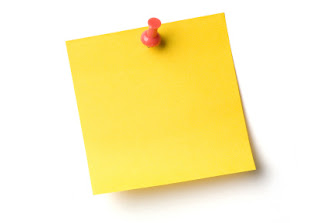 When you are doing work on computer and at the same time you have to explain what you are doing. It may be possible that you may lost the flow and you forgot on what to speak. So to avoid this, it's better, you write down everything from beginning to end and put it on paper and stick that paper in front of you while you are recording so either you can simply read from it or in case when you forget something and confused in what you have to speak, you can look into the paper in front of you and start reading from it. If you can stick each single paper in front of you that will be good. This way you don't have to flip paper as flipping paper will also make some sound and that may spoil your recording. For one of the video which I recorded, the script was of six pages and I set each paper in front of me on cardboard so I can easily read it. You can either type the script and take print out or it can be hand written but make sure you have good hand writing so you don't have any difficulty in reading it. 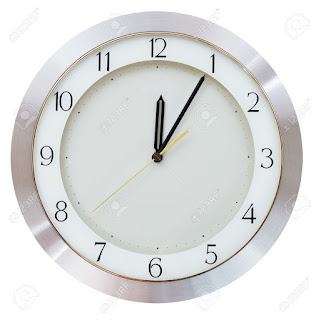 For audio recording, you need a quite place. Best place is recording studio but you can afford it for small course so either have do it at home or some other quite place. But at every place there is some disturbance of out side sounds. For example I tried a weekend home but it was remote place and there were lots of bird around it so there was constant sound of tweeting. My office is near to highway so there is constant sound of vehicle passing by.  So best time for the recording is at mid night at home around 3:00 AM in night. At this time you will not have any disturbance as people around are sleeping and there is no vehicles coming and even birds are sleeping so there will be a quite atmosphere and you can record everything easily.

Tip 3 : Practice it couple of times before final recording 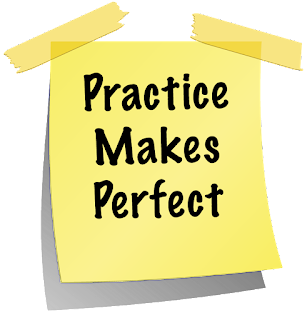 As a programmer I can write code easily as nobody is watching my screen so if I make any mistake that will be fine. But recording the screen is different scenario. If you make a mistake you may have to redo everything again so it's better to have some practice before you go for final recording. Practice entire flow couple of times so that you will have good confidence. So when you go for final recording, you can easily do it without any issue as you had a good practice of it and you don't have much retake of your recording.
Posted by Hiren Dave at 1:37 PM No comments:

Here is something unusual I did apart from programming. My first ever video course "Beginning Laravel" with Packt Publishing 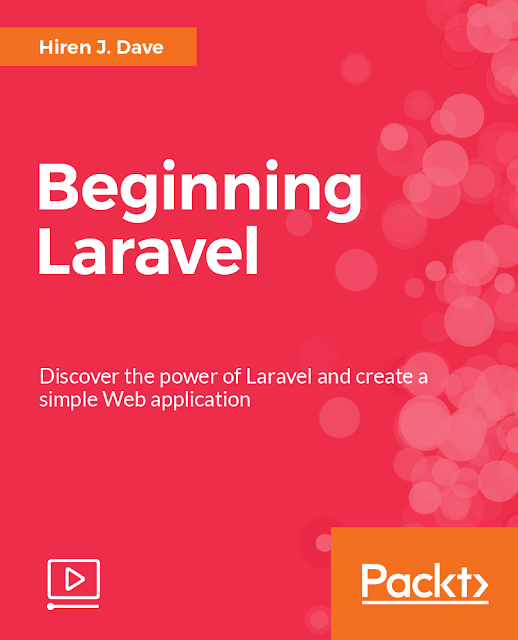 In this course you will learn about basics of Laravel Development. First section is about installation of Laravel. This section will start with introduction of Laravel and installation of Laravel in Mac, Windows and Linux. Then we will cover, basics of Laravel including, understanding of Framework Structure, basics of Artisan Commands, Composer, Core Concepts of Laravel, MVC structure, Database Migrations, Laravel Controllers, Models and Views etc. In last section
We will finish this course by creating simple Web application with Laravel which will have CRUD operations and basic validations in final section, this will help you getting started with Laravel Development. If you are interested in learning Laravel then this is the course you are looking for. You can buy it at following link.

Hope you will like this course. Let me know your feedback in comments.
Posted by Hiren Dave at 12:04 PM No comments: