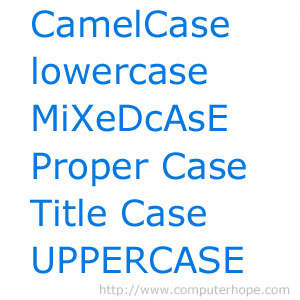 This blog is coming out of conversation with one of the developer in my team. He recently made some changes in API in local development and push code to test server. But on server it was throwing an error and API was not working. So after trying hard for sometime he came to me and asked for help. He showed me lines of code he has added and as an experienced person I immediately caught his error. The problem was, he declared variable in lowercase and was using variable with uppercase in next line and that's what breaking on server. Something like this

Case sensitivity is one of the major reason for errors while you are working on local development environment with XAMPP, WAMP in Windows. At this time case sensitive is not applied and it will  treat

as one and the same variables. But when you are working on server, you have unix / linux operating systems like Ubuntu, Fedora etc. At this time case sensitivity is applied and

Are treated as three different variables. So by mistake if you declare it with lower case and try to use it upper case, it will give you an error. So if you are facing this issue that, code works on your local machine, but does not work on server look for the case sensitivity.

Same goes for the filenames and class names. If you have adde file with name

and if you include it with

Then it will not be able to find file and it will throw warning or fatal error if you are using require. So make sure that you maintain case sensitivity while naming your class, variables and files in PHP because ultimately your code will be pushed to UNIX / LINUX server and it is case sensitive.
Posted by Hiren Dave at 5:50 PM