Today is the one of the historical day for IT industry. Ten years ago today, on Jan. 9, 2007, Apple co-founder Steve Jobs, unveiled the product that would drive Apple to become the most valuable company in the world and cement Apple’s comeback as the greatest in business history. At the Macworld conference in San Francisco, he unveiled the iPhone. 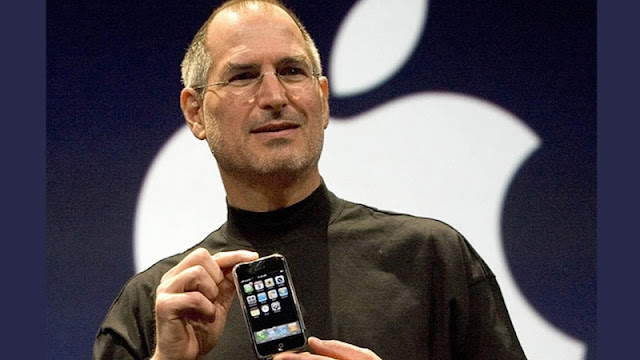 Here is his Key note speech, in which he introduced iPhone.


Off course there was something crazy about iPhone. It changed mobile industry entirely and introduced Mobile Application economy with introduction of App Store, where developers can upload their apps and can make money. That created entire new opportunities for mobile application developers. Since it's introduction there are number of versions of iPhone are introduced with exciting features and cool UI display.

Being a mobile application developer I daily work with iOS devices and also other mobile devices here are some points which I feel are very spacial in iPhone.

Being a mobile application developer I work with both android and iOS devices but at one point every developer has to struggle with android while dealing with hardwares such as camera or SD card or any other native features. While in iPhone this is usually not the case because it has stable SDK and hardware which are manufactured by only Apple so we don't see much changes and customizations. While in case of android, since it's an open source operating system all the phone manufactures have changed it and customized it as per their platform. So face bit of problems while working with hardware. One app working without any issue in one phone may not work in other phone. While in case of iPhone, app will work all the devices and all the iOS versions.

This is another advantage iOS development we have very stable Xcode IDE and iOS simulators using which we can develop applications very easily. In most of the cases you don't need real devices. Using simulators you can easily develop and test apps and launch in apple store. Xcode is not changed much since it's introduction and it's very easy to use, yes with the introduction of Swift, we have to learn new languages not but that's ok, that change is good.


It's not like iPhone is good in all the cases, there are some drawbacks.

This is first and foremost drawback for mobile application developer. Some features if you want to test like push notifications or cameras, that will work only in real devices and you have to buy it and it's too expensive for the developers. Developers can hardly afford one or two devices not more than that. Due to which sometime it gets hard to test some apps. As a mobile app developer I am still dreaming of having my own iPhone since years but I didn't manage to get it yet.

Compare to android, testing and publication process is bit complex in case of iOS. For Android you can share APK with any android devices and it can be installed and tested easily. While in case of iPhone, you need  apple developer account and create developer certificate and provisioning profile and register device Ids and upload app for testing and get it approved before you can send it to someone for testing using TestFight. Also to publish the app in market, you have to maintain some standards in case of UI and features, otherwise it's possible that your app may be rejected by app store and you have to redo again and make changes and republish app.

Life Was Much Easier When Apple And Blackberry Were Just Fruits

Here is one funny video about it, Have fun and happy coding.